There's individual and team success for club members as club president Jeremy Sutton-Hibbert reflects on another busy weekend of action.

Another weekend of running to make our Club proud, and with our iconic vest worn with pride in a variety of races and locations.

The biggest participation of members came on Saturday afternoon at the Renfrewshire AAA cross country championships at the challenging Tower Hill venue in Gourock. The event, hosted by Greenock Glenpark Harriers, was a triumph for the club and another indication of the improvements being made across the board.

With views of the Clyde estuary, and on a grey, day, there was much to cheer and celebrate on what was a demanding and tricky course, from June McLeods’s can-can dynamic warm-ups, to Becky Simister’s squat jumps, right through to tremendous running right across the board of our members.

The Juniors kicked off the afternoon, representing our vest and club with pride, with Amy on her second cross country race, and in the boys, Arran, Peter, Joseph and Matthew all giving it their all! Great to hear their support later also for the elder runners as they slogged it up the hill. Well done to Miguel Delgado on his 1st place, bringing home gold medal for himself with a run in 31:59! We also took 1st team mens prize with golds for Greg Templeton, Gregor Yates, Jack Arnold, Darren McQuade (on his first XC the season), Stuart Miller and of course Miguel again.

All that remained after the medals had been tallied and celebrated, was to dismantle the gazebo, and descend off the hill. The best day!!

Earlier, the weekend had kicked off with the usual Parkruns across our nation, and some fine runs from our club members. Mark Porter won Springburn Parkrun in 17:43, with Janine just a few places behind in 21:47. A big contingent went over to Dean Castle Country Park, a few ran Queen’s Park and its hills, Andrew Murphy represented the club down in Penrith winning this week’s furthest traveled perhaps, and John Softley was once again out there proving why he is a legend with a run of 35:01 at Tollcross. We had runners also in Ganavan Sands, Riddlesdown, Inverness, and Paul Houston running 21:55 for 10th place at Greenock. Fraser Armstrong's 19:55 got him 5th at Pollok.

Sunday morning saw a few sounds brave the damp conditions for the inaugural Migo Mile in Queen’s Park, with Angela, Jack, Brent, Paul, Christopher and others taking part. It is planned for this measured mile to be run on the last Sunday of every month. A good regular addition to the burgeoning running scene in the Southside. I’m sure many of us will put ourselves through the mIle before long.

Well done everyone. We are Bellahouston Harriers. 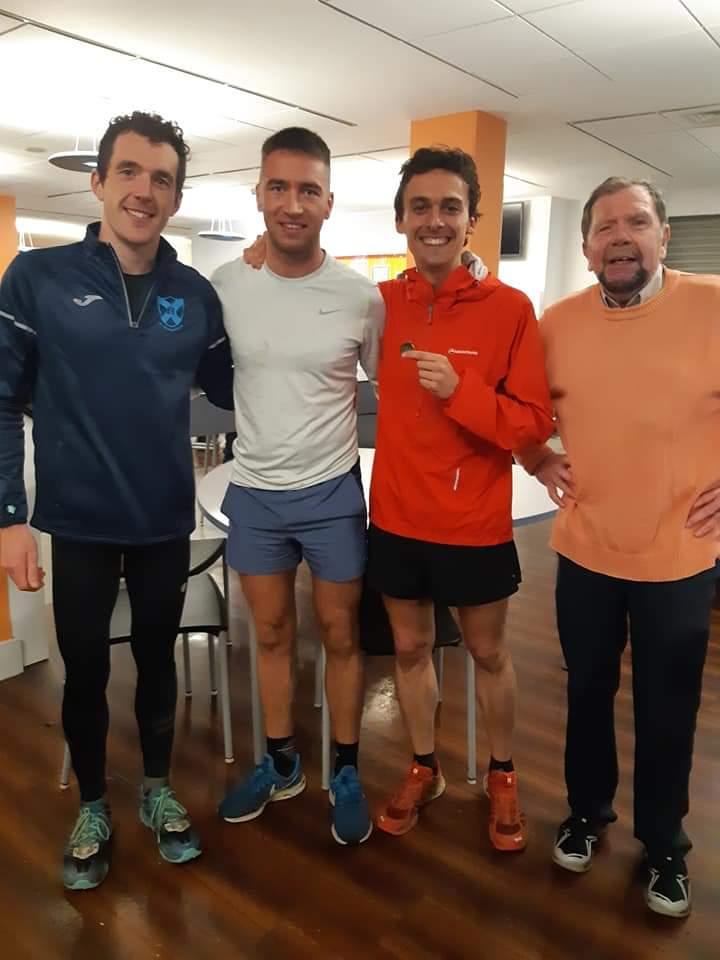