Strongest ever field gathers for the ‘Goodwin 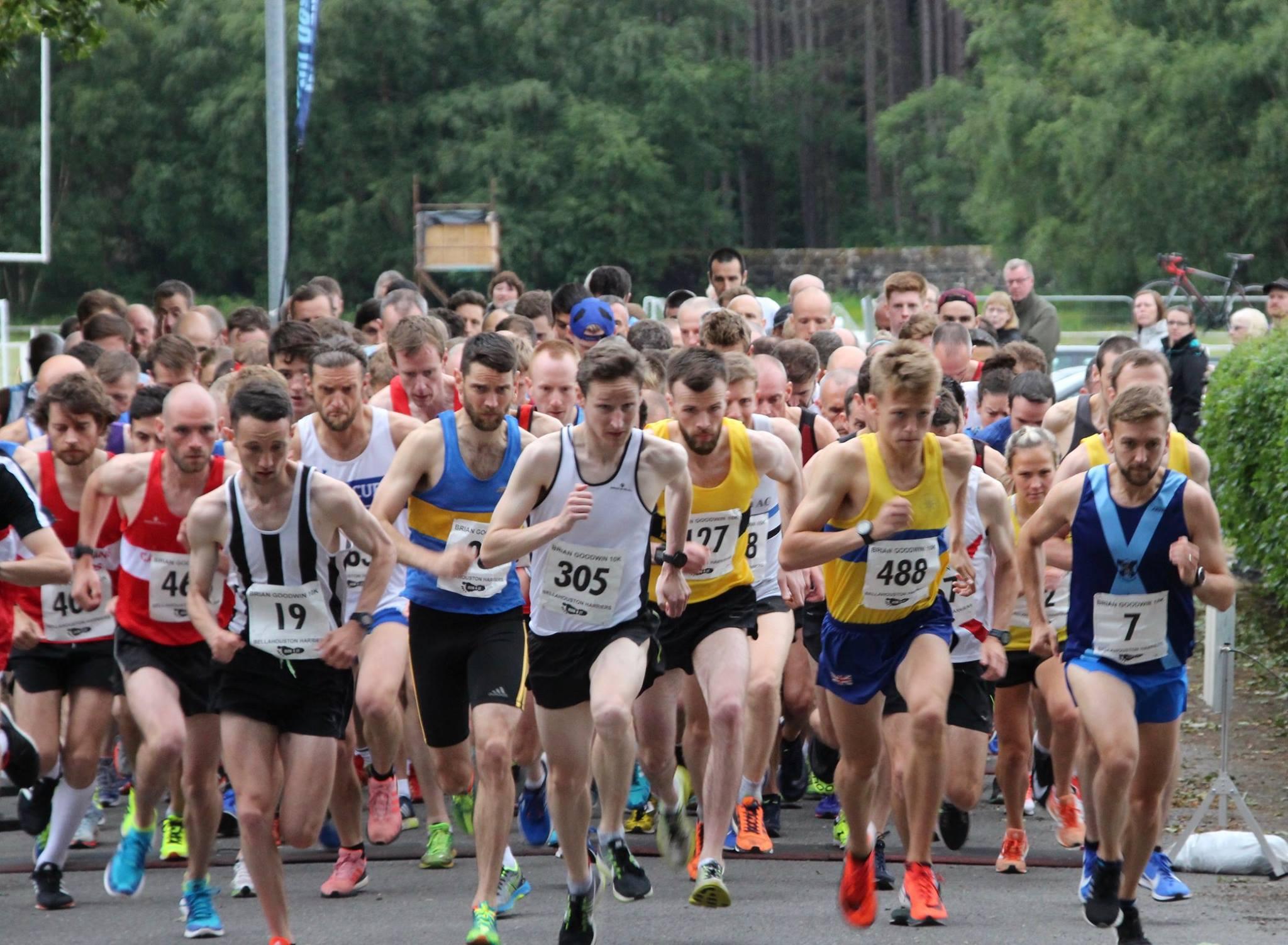 Club secretary Stuart Miller looks ahead to Friday’s race, which is a sell-out. Please consider the Bowfield 10k, which is raising money for St Vincent's Hospice in Renfrew, if you are seeking to run a 10k this summer.

In total, more than 25 of the 500+ entrants are shooting for a time of 33 minutes or under in what promises to be one of the fastest and most competitive 10k races anywhere in Scotland in 2019.

Perhaps the favourite for the women’s race is Central AC’s Morag Millar, who recently hit form to capture the Scottish 5k title at Silverknowes in Edinburgh in a course-record time of 15:49. Morag last raced on Friday 14th June, winning the Black Rock 5. Morag finished third at February’s national cross-country championships.

Leading the challenge to Morag is likely to be Elspeth Curran of Kilbarchan AAC, who will be seeking to regain the title she won at the 2017 Brian Goodwin Memorial 10k. Elspeth demonstrated her good form of late with a run of 34:18 at the Roon the Toon 10k in Kilmarnock – a time that was just one second outside of her lifetime best.

The current women’s course record holder, Jenny Bannerman of Inverness Harriers, winner of the ‘Goodwin in 2016 and 2018, will also be hoping to be in the mix. Jenny was the recent winner of the Castle of Mey 10k last month and has previously dipped under the 35-minute mark for the distance. Jenny’s winning time at last year’s race of 35:08 shaved half a minute off her own course record.

A further contender for prizes is Metro Aberdeen’s Fiona Brian. Fiona is making her debut at the ‘Goodwin and is coming into the race having won the Baker Hughes 10k in May. Her sixth-placed finish at the national cross-country championships was followed by impressive results at the Vitality Big Half Marathon in London (75:01) and Scottish 10-mile championships in March (56:35). Fiona’s other half Tom, who is also entered, is one-half of the Doric duo behind the popular Tartan Running Shorts podcast.

The women’s team prize is likely to be keenly contested too, with a strong contingent lining up from Bellahouston Road Runners and Giffnock North.

Callum Hawkins is the outstanding favourite to win the men’s race. Callum is a proven world-class marathon runner, backing up his ninth-place finish over the distance at the Rio OIympics with fourth at the World Championships in 2017. His time of 2:08:14 for 10th place at the London Marathon in April broke Allister Hutton’s 34-year-old Scottish marathon record, which he added to the half marathon record he already held. Callum was winner of the ‘Goodwin in 2017, recording a then course record time of 29:14 – only for that to be beaten by Luke Traynor’s 28:32 in an astonishing performance last year.

Callum’s closest challenge could come from Dundee Hawkhill’s James Donald. The U23 athlete showed everyone bar team-mate Kris Jones his heels at the Scottish 5k championships last month to finish in second place. His time of 14:31 that evening was just outside the 14:24 he posted at the notoriously quick Armagh 5k in February. Most recently, James recorded a time of 8:33 for 3,000 metres on the track at the GAA Miler Meeting Open in May.

The sharp end of the race is also likely to feature Michael Christoforou of Edinburgh AC. Michael was pipped by James by two seconds at the GAA meet, but recorded an impressive third placed finish at the national cross-country championships earlier in the season. His 10k PB on the road is 30:12, and his fastest 10,000 on the track is 29:37.

Also looking to feature will be 2018 race runner-up Calum McKenzie of Corstorphine AAC. His PB over the distance of 30:20 was set at last year’s Ribble Valley 10k. Calum has enjoyed a good season so far, recording a fourth-placed finish at the national cross-country championships and, more recently, claiming first at the Roon the Toon 10k (30:58).

There is significant strength in depth within the clubs represented, with Cambuslang Harriers and Inverclyde AC, led by last year’s third-placed finisher John Bell, likely to be battling for the men’s team prize.

The ‘three amigos’ of Darren McQuade, Miguel Delgado and Greg Templeton, together with Jack Arnold and Colin Thomas, will be leading the home charge for Bellahouston Harriers.

Race information, including in relation to parking, registration and, of course, the post-race beer and burger, is being circulated to entrants via email. A copy of this is also available on the website here.

Further details about the course can be found here, but in short it starts and finishes at Cartha Queen's Park RFC (92 Dumbreck Road, Glasgow, G41 4SN), and is staged over a two-lap course inside the scenic grounds of Pollok Park.

Since its inception in 2011, the Goodwin has gained a reputation for mixing record times and fast running with a summer social. After available places sold out in record time, and with the strongest ever field assembled, this year’s race promises to be the best yet. All the best to everyone competing!