Stuart Miller is in reflective mood as he assesses his performance at the Stirling half marathon. 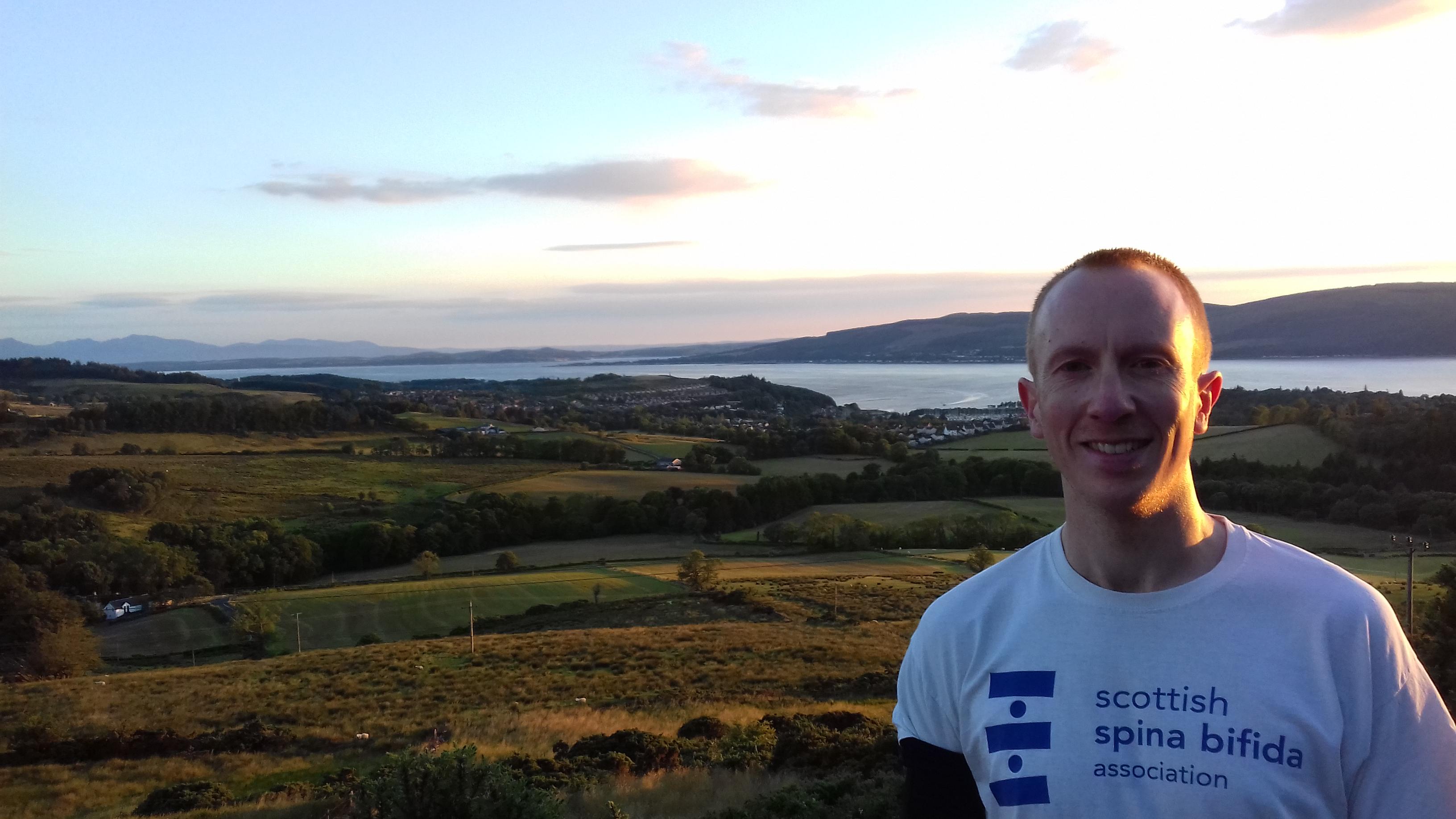 Before I start, I should warn those reading that what follows is an unashamedly insular introspective, wholly reflective of my ‘glass half empty’ outlook on things. Now might be the time to search for ‘Watership Down’ on Netflix if you’re looking for something a little more uplifting to occupy your time…

The Stirling half marathon, on Sunday 28 April, was supposed to be the race at which I registered a long-awaited return to form over the distance. Results in other events in the build-up suggested I was trending towards a potential personal best, but as I sit down to write this report my overwhelming feelings are of disappointment at my result.

Stirling was my ‘A’ race of the winter season. I had carefully planned a schedule of races, like many other club runners no doubt, to help me maximise my performance in this, my target event.

The half marathon is at the top of my priorities list to crack, presenting as it does a significant challenge to the levels of speed endurance I can maintain. I did not have my heart set on racing a half in Stirling, though, and I continue to resent the exorbitant prices charged by Great Run for their events, but the pragmatist in me figured that the date of the event sat perfectly with the rest of my racing schedule and at the end of a four month training plan. And so, as I sat down during a rare idle hour over the festive period, I signed up.

I have never set an exact training plan for a race, and perhaps that is where I sometimes go wrong, but as an experienced runner I knew that to excel in Stirling I’d need to mix endurance sessions with quicker workouts, weekend long runs, including some with significant tempo sessions in the middle, and easy miles - lots of easy miles.

By the time I started the block of training in January, I’d got myself back into a decent level of fitness after what had been a challenging year in 2018. While the year had started well, culminating in a PB at the Tom Scott in April, the spring/summer 10k season was a flop and ended in fatigue from which I took weeks to fully recover. The result of that was that I was off the pace going into training for the autumn half in Glasgow. A finishing time there of 1:17:11 was pleasantly surprising, as I was within a minute of my PB set in Geneva in 2017. Some hard work in training coupled with some strength-building cross country racing to close 2018 saw me back into reasonable shape.

January started well. I added a couple of Saturday morning cross country sessions with the club into the training mix. A small setback – a niggle picked up during a sprint session later in the month – led to a lighter couple of weeks of mileage, but I recovered in time for the Renfrewshire 5-miler and finished up with a near-identical time to 2018 of 27:35 in spite of more blustery conditions.

The Nationals were the next big target, and, in the fortnight immediately after Gourock, I banked another two 60-plus-mile-weeks, including specific grass sessions, as well as a decent run of 17:19 on the new, and definitely-slower-than-before, course at Pollok parkrun the weekend before Falkirk.

I set myself the goal of getting as close to the top 100 as possible at the Nationals. In the week beforehand I looked back on the results from 2018 – there was a good minute between me in 133rd and the guys making it into the back-end of the top ton, so I knew I had my work cut out. To give myself the best chance, and recognising the fact there would be 700 other testosterone-fuelled blokes gunning for that first corner, I positioned myself in the second row, took a swig of Lachlan Oates’ water, and went for it. Three brutal laps later and I’d bagged 113th.

There was a further sign of progress at the Jack Crawford 10k in Springburn a fortnight later as I recorded my quickest 10k since 2017 in a time of 34:34. I shaved a few seconds off my course PB over the 5k leg at Livingston a fortnight later with a time of 17:03 before registering another near-identical time to my 2018 effort at the Tom Scott of 56:14.

In 2018 the Tom Scott had been my target race so this year I was keen to see whether I could sustain my near-PB form round the course at Strathclyde park for a further 5k at Stirling.

Throughout this period I’d been banking significant sessions and long runs. A pyramid session clinging on to Greg and Dazza on the track one club night, and 16 and 18 milers - with 6 and 8 miles at low 6s on the min-per-mile scale respectively - particular highlights.

All eyes were now on getting suitably prep-ed for Stirling.

My half marathon ambitions can be simply expressed – run sub 1:15. If I achieve that target I’d become eligible for a championship entry at the London marathon. While I do not share the same focus on the marathon as many of my club-mates, I am determined to race the distance at some point. Anyone can enter a marathon, but the stubborn sod in me means I am determined to ‘earn’ my spot on the start line by running sub 1:15 at the half first.

In practice, running sub 1:15 over the half marathon distance means running 5.43 on average per mile, or, realistically, a couple of seconds a mile faster than that to account for potentially running beyond the distance over the course on race day. My average mile split at the Tom Scott was 5.42, so, given the extra distance involved, I knew in advance of Stirling that a shot at sub-75 would have to wait for another day, but I was nevertheless cautiously optimistic of beating my time from Geneva, 1:16:17, and of even going sub 1:16.

My build-up through April was to include another couple of long runs, two more significant endurance sessions and a parkrun a fortnight out. The hardest session was unquestionably the 6 x 1 mile reps I blasted out solo a week and a half after the Tom Scott. My legs still felt heavy and it took a lot of will power to get the final couple of reps done. At the end of that week I visited Cramond parkrun and got round in 16:56 – my first sub-17 since 2017 but a shade slower than I’d hoped.

I backed the parkrun up with an 8 mile progressive within a 10 mile run into work the Tuesday afterwards but the final couple of miles felt tough. By the time Thursday’s hill reps at the club came around I was feeling a bit run down, and by race week the manflu had well and truly set in. Besides a blocked nose and wretched cough that made getting to sleep at night a particular challenge, I felt OK, but as race day at Stirling approached, I could not avoid cursing my luck and getting downbeat about my chances.

Mercifully, by race day the symptoms had eased, though I had lingering doubts about whether my energy levels would be affected. Conditions upon arrival in Stirling were perfect, however, with the weather cool and calm, and following a warm up with some of the other Bella lads I was toeing the line.

When I entered the event I envisaged there would be a reasonably strong field, but looking around the start line I did not spot any of the runners I’m often in-and-around in races. The lure of the London marathon on the same day, and the Scottish marathon championships on the other side of the barrier on the road from me on King’s Park Road, had attracted many of Scotland’s best road runners instead.

The first mile of the race was downhill and I set off quickly. An aggressive mile in 5.33, exactly how I had started at the Tom Scott where I settled nicely thereafter. Here, though, as I reached miles 5 and 6 I felt more uncomfortable than I’d done at Strathclyde park, and my splits slid from low 5.40s in the first 5k out to 5.50s through 10k. By this stage I’d navigated a twisty section down to and around Forthbank Stadium, home of Stirling Albion, and was heading out on the roads towards Bridge of Allan.

The course took a right turn up towards the university through mile 7 and I struggled to maintain my pace. I knew by this point that my start had been too quick and that the final 10k would be a major battle. A sweeping downhill took me through 8 miles and I welcomed some respite.

Before the start I had earmarked the fuelling station at 8.5 miles as a chance to pick up a gel and get a welcome energy boost in time for the closing 5k, so when I reached the station during the race I clung to the hope that the small packet of sugary caffeinated paste I was consuming would have Lazarusesque qualities to enable me to recover my splits. No such luck.

Through 10 miles I was still sub-6-minute miling but not by much, and I felt exhausted. Running back up the carriageway that I’d run down on the way out of town, I passed hundreds of runners in their sixth mile of the race and was buoyed by their shouts of encouragement. I was too tired to offer much in return.

Beyond the first 4 or 5 miles I’d essentially been running solo and it was only when I neared the 12-mile marker that I began to hear footsteps behind me. A sure sign I was slowing. I tried desperately to latch onto the runner, a diminutive guy wearing a green Stirling Uni vest, as the race reached a cobbled section of road back in the town. I knew there was a climb to finish, and I had to channel every ounce of willpower to dig in up it.

I had been ignoring the watch over the closing miles, knowing fine that my hopes of a fast time were lost, and when I made out what the clock at the finishing line was saying as I navigated the final roundabout it became clear how far short I’d fallen.

A finishing time of 1:17:09 represents a whole two second improvement on my time from Glasgow last autumn – not exactly the significant step forward I’d hope for and anticipated.

The consolation prize was securing a top-10 finish, and in finishing 8th overall in a field of 1,500 I know I far from disgraced myself. But road running, beyond elite-level racing and major championships, is, for me at least, all about your own time relative to your previous best and physical and mental capability.

It feels like a missed opportunity. Strong performances earlier in the year did not culminate in the time I hoped for in Stirling. I regret going off too fast and know this cost me time in the latter half of the race. However, there are fine margins. I’ve equally come to regret being too conservative in my pacing in half marathons previously – Manchester in October 2017 springs to mind when I had designs on shaving off time from Geneva but got stuck in a rhythm where the consistent splits I knocked out on the ultra-flat course were just that bit too slow.

Getting to the start line fit and healthy next time would help, though I’m inclined to think that I overestimated my ability to sustain an aggressive start and that this was more to blame than my cold.

It’s time for a short rest to let the body recover, then for the summer 10k season. I know some quicker work in training and some hard racing will set me up well for another crack at a half this autumn.