In Lockdown With Bella #7

In Lockdown With Bella is a series of blogs from members of Bellahouston Harriers aimed at providing an insight into running life during the coronavirus pandemic.

In this blog, Colin Clews and Scott Mason share their experiences of the virtual West Highland Way race, which was organised in lieu of the real thing given lockdown restrictions.

Thursday the 19th of March was the last day I was able to have a paying client for massage. This was the day I had to temporarily suspend my massage business due to the coronavirus pandemic and the impending countrywide lockdown. So I thought maybe it would be interesting to try and run a 5k everyday and see how many days it would be until I was able to re open the business.

It’s fair to say that I had lost my running mojo for a while and it was only at the start of March I had made it back to the club for a few sessions, so 5k was about the size of where I was. My first run was 3.3 miles in 31:28 so wasn’t going to be bothering anyone with that pace!

I had done Marcothon a few years ago and knew how hard I had found that 31 days in December, so that was my first target. Borrowing from that I decided my challenge was going to be called my Corona-thon.

Now with my professional sports massage therapist head on I would probably advise against running everyday as I understand the importance of rest and recovery on the body. However, the story I convinced myself with was, well I’m not really doing too much more with my time, except DIY, homeschooling and developing a suntan so I was getting plenty of rest between runs! Ah the stories we tell ourselves! 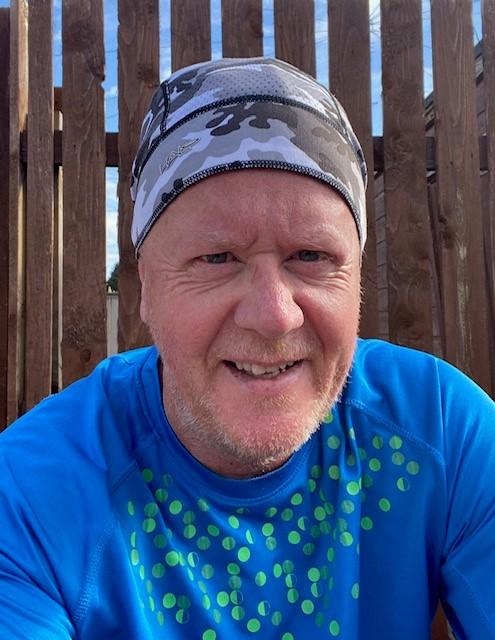 62 days came and went, but the weekly mileage was creeping up! As I was going out longer, I was now more likely to run a 10k than 5k, and dare I say it was enjoyable! It’s addictive this running! For the first time in years I was enjoying running. Legs and body still felt ok albeit with plenty of self massage.

Day 86, a nice 9 miles and I spied on Strava a friend had signed up for the Virtual West Highland Way Race.

Oh that’s interesting, I’ve just done 9 miles and it was lovely and relaxed I wonder if I could do that virtual race? Eh well in for penny!

So Friday 12 June I started the Virtual West Highland Way race - 95 miles to be completed before Sunday the 21st of June. 95 miles in 9.5 days, I’m running well, all is good, how hard can this be?

Well! Let me tell you this has been a huge step up for me! Yes I’ve done marathons in the past and did the long runs but never anything as sustained as this.

This is hard, this is not the fun 5ks I started out to do. I have so much respect for those Harriers who have done the full race ! Graeme Gemmell, John Softley among others? Other Harriers who were running the virtual race much faster than me, Scott Mason and Darren Murray - I take my hat off to you all!

Friday 26th will be run number 100 and it’s still not completely clear when I will be able to get back to the work I love, treating people with sports massage!

I hope that time is getting closer, and I can welcome back all you fabulous Harriers and ease those aching legs from running, backs from working from home or general stress that everyone has been carrying!

For me, running is at its best when I am out on the hills and trails. Over the last 18 months, since I started running, I have managed to run small sections of the West Highland Way. One of the many things that the lockdown has made me realise is, not to take for granted what is on our doorstep (over a 5-mile drive away) and one of the first things I will be doing once Phase 3 is announced, will be making a beeline for the hills once again.

The logical progression of this interest would be perhaps entering 'The Highland Fling' (53 Miles) then onto the' Devil o' the Highlands' (42 Miles) Ultra races. The actual West Highland Way Race itself at 95 Miles, despite its appeal and romance(?), is not even a consideration.

However, as with everything else that has been turned on its head during this pandemic, and the WHW race being cancelled, the event organisers decided to try to bring the WHWR community together through a virtual race and kindly decided to spread the 95 miles over 9.5 days to make it more inclusive and accessible during the lockdown.

The challenge was simple - starting on Thursday 11th June and finishing by noon on Sunday, 21th June, you have to run, walk or crawl the total distance. The only parameters were a checkpoint every three days that tallied with various locations along the actual route itself that you would need to make. Everything else was up to you.

I have for a few months now toyed with the self-lead challenge to run 100 miles in 7 days. So 95 miles in 9.5 days seemed like a better way of testing the legs out as well as get the opportunity to be a part of a race that I could only dream of taking part in.

I sketched out a rough plan. I split up the miles to be covered over a number runs of varying distances, including a couple of long runs at 16 & 18 miles. I planned to include in a few speed sessions as well as recovery runs, also trying to varying the pace with tempo, steady and easy speeds all mixed in to help conserve the legs.

I also set myself a couple of other points to follow. No net downhill routes, as with all other virtual races currently, along with no double runs. The 5 mile lockdown rule for travel meant that most of the serious hills around the wider Glasgow area were not possible to run on. However, I had picked out a couple of routes up the Cathkin Braes to the south of Glasgow to include so it was not all flat.

After a few niggles over the first few days, which resulted in much time being spent with a foam roller and stretching, I entered my total time for the first leg on SiEntries. I was surprised to find out that I was 18th out of 995!

It's important to note that the leader board doesn't really show you who is in the overall lead as such. It just tracks who has taken less time to run the total distance. As the challenge can be done in so many different ways, it's hard to compare efforts. Some had split the total millage over just 3 runs or less; some were lucky enough to live close to some serious elevation and were on track to hitting the 14,760 ft elevation of the actual race itself.

Having checked out a few of the names on the leaderboard, it was clear to see that the people with the lowest times were all pushing it hard. Double runs, 5k and 10k threshold runs and perhaps routes in general with less elevation.

With my surprise placing I changed my plan entirely and set the challenge of trying to break into the top 10. If I was to achieve this, it would be back to back runs done at a much faster speed. So gone from my plan were the steady and easy day runs. This would have to be back to back tempo efforts. To give me the best chance to achieve this, I would try to ensure I chose some flatter routes as I still had 6 days and 59 miles to cover.

I started leg 2 with a degree of trepidation knowing that I had never really done many tempo sessions before, and when I did, my legs always felt it the next again day. I was also still feeling sore after the 6-mile threshold from Monday. However, after a hefty dose of foam rolling the night before, my legs somehow felt relatively fresh and I was excited to get this next leg underway.

With two back to back 10-mile sessions along the Clyde walkway, followed with 7 miles of loops around Bellahouston park complete, I calculated my leg 2 times and loaded the information to SiEntries again to check my position. 11th out of 967. A jump of 7 places, but not within the top 10 - close, but no cigar yet.

Boosted by my recent jump in places, yet feeling sore and slightly broken from leg 2's harder effort, I started out for the 3rd and final leg knowing that this would be the toughest one yet, as it was the largest milage split over three days and now had to be completed on some very tired legs. The foam rolling/stretching had gone from making my legs feel fresh in the morning to making them barely able to work again.

The first 8-mile run took care of itself as I was more focused and worried about the next long run at 16 miles. When I had planned for this, I had thought it would be done at a steady pace. Now I needed to do it at a threshold effort - a much bigger ask.

As suspected it was indeed hard going. At mile number 10 in the run, I had reached my lowest point in the whole challenge. The pain in my hip, which had been giving me issues, had started to spread down my thigh, making my already heavy legs even harder to run on. With 6 miles to go, I dug deep and pushed on. I just kept on focusing on the overall leaderboard and trying to get that couple of places I wanted. With a slight drop in pace, I managed to get the run complete.

The final run was an 8 miler. My legs were shot to bits. Hips sore. Nothing else for it, time to get the Bella vest out and summon everything I had left to hammer out 8 miles round Bellahouston park - again. Nil desperandum. 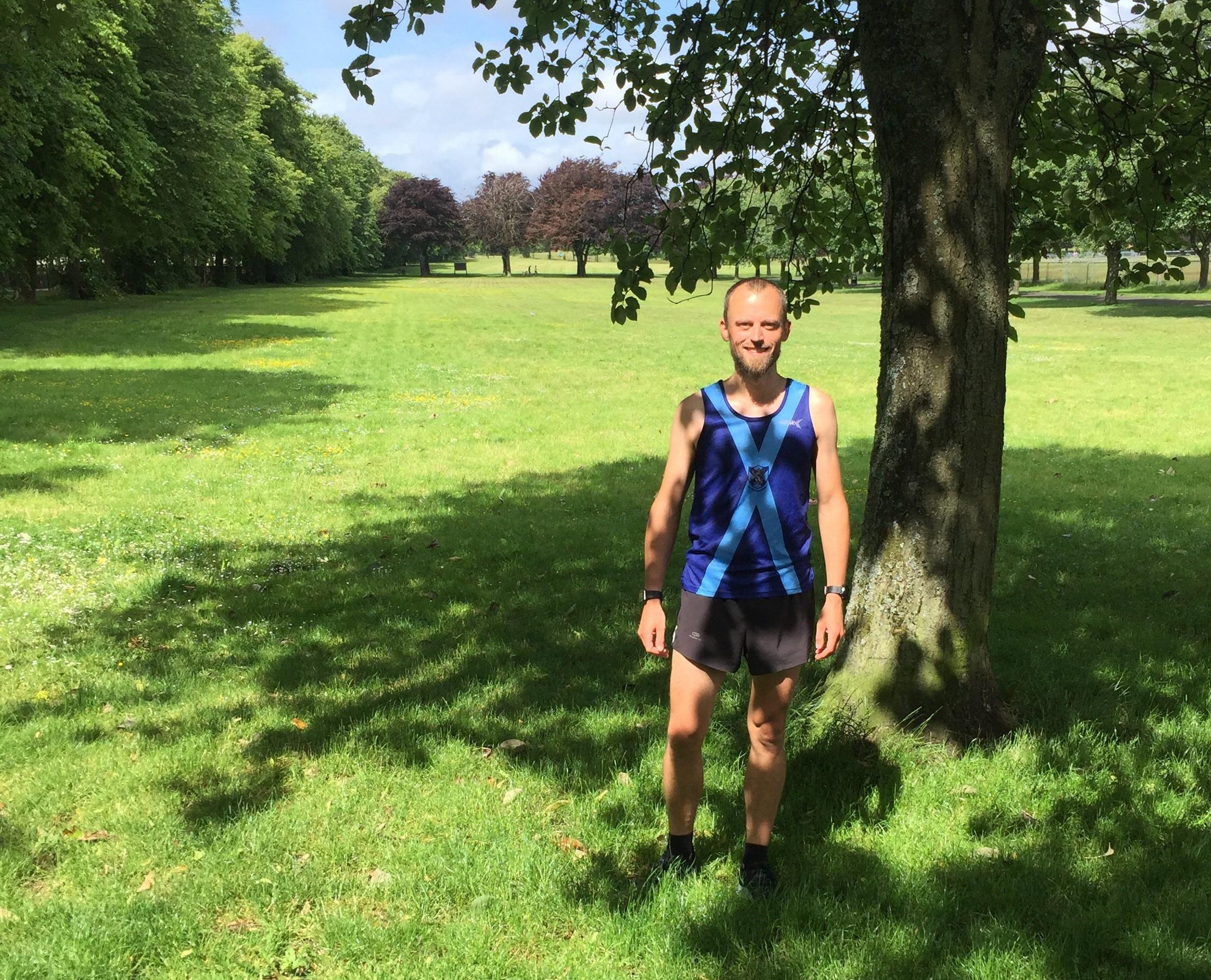 And I was done - delighted to be finished. Everything hurt. So much so, I only managed a walk home for the cool down.

95 miles completed in 10 hours, 44 minutes and 33 seconds. With an average pace of 6:47 per mile. Even more delighted when I logged onto SiEntries and updated my time to find out that I had jumped into 9th out of 930.

I'm now looking forward to a quiet week off with little to no running and toying with the idea of entering the 'Fling next year... 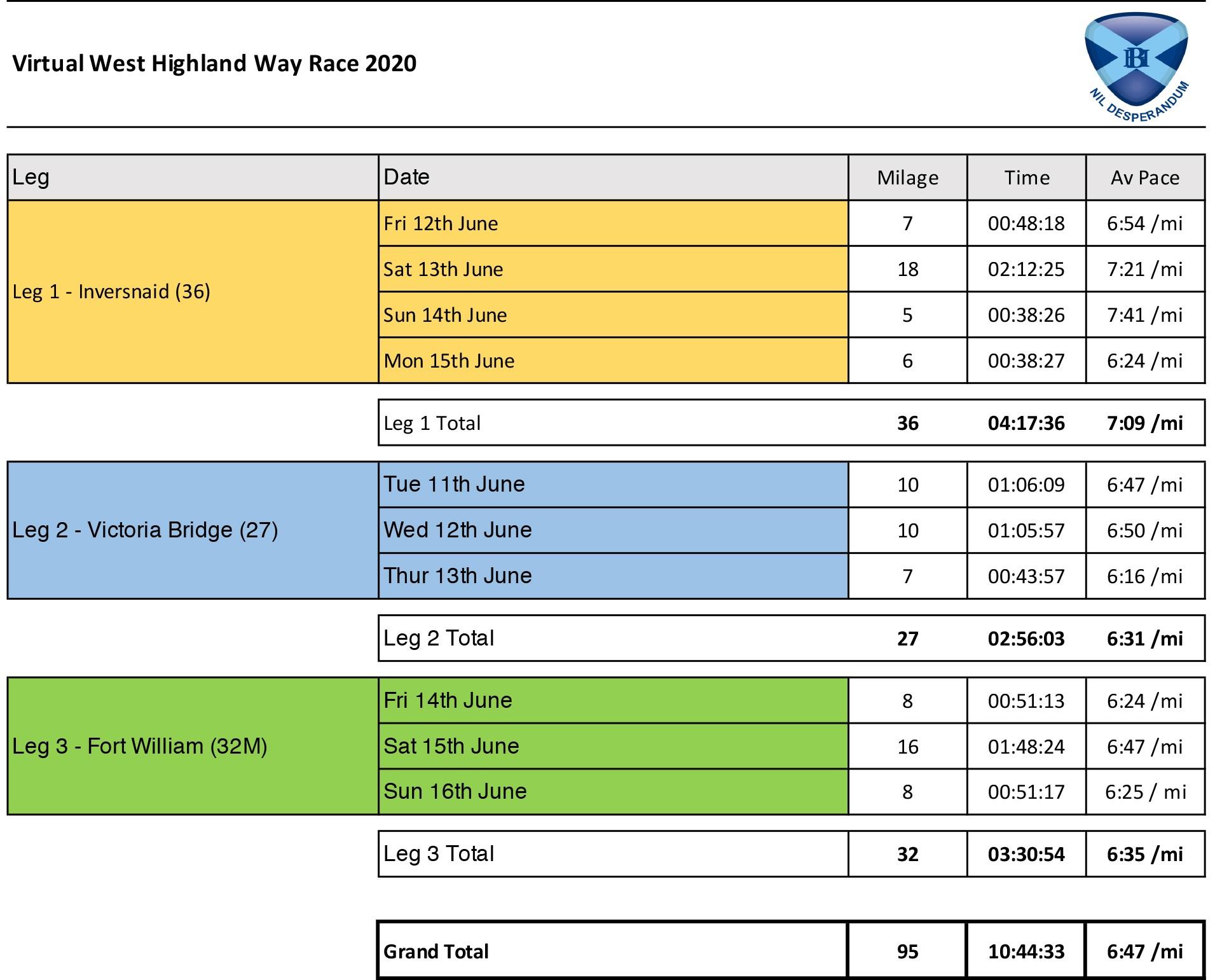