Jeremy Sutton-Hibbert reports on the gladiatorial face-off between four Harriers and the Antonine Wall 10km trail race, staged on Wednesday 15 May. Photos by Jeremy. 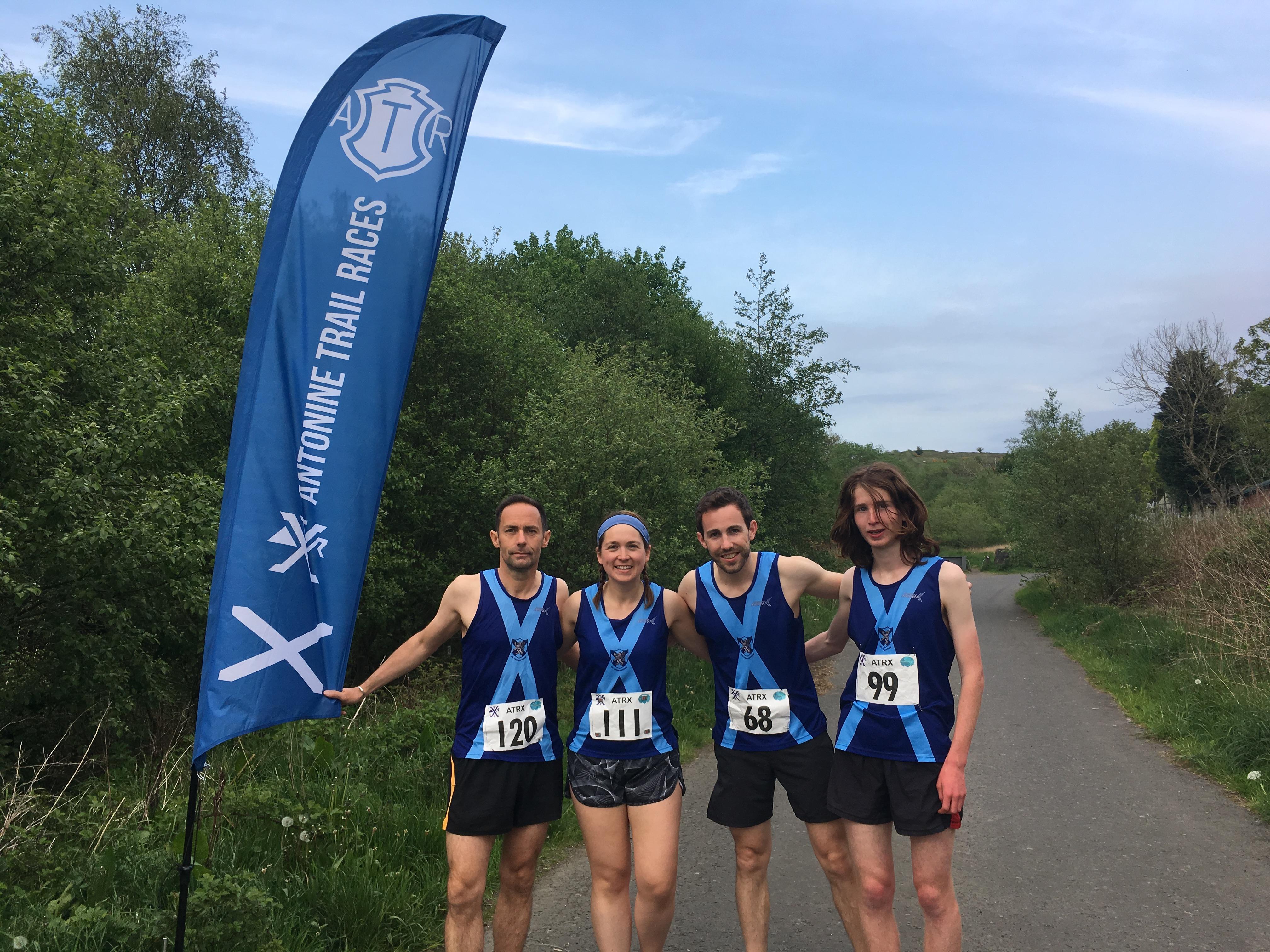 If ever there was an evening to understand the true meaning of your club’s motto it was at Wednesday evening’s Antonine Wall 10km trail race, known as the ATRX and put on by Antonine Trail Races.

‘Nil desperandum’, translated from the Latin, means loosely ‘Never despair’. I would have done well to channel this as my mantra, and in its original Latin, as myself and three other Harriers; Chris, Rudi and Becky, took on the three hills of this incredibly popular and homespun tough little race held on the north side of Glasgow, and along a section of the defensive barrier built on the orders of Emperor Antoninus Pius in the era of the Roman Empire.

It isn’t for nothing the Romans were known for their military prowess, and if you’re going to build a turf rampart to form the most north-westerly frontier of your Empire, then you’re wise indeed military experts tells us to build it on high ground. From there you can survey the landscape, and on the section of wall’s route which we ran, if you could look up long enough from where your feet were landing you would have had a great view of the Campsie hills and all around. A great location for military defensive works in the Roman era and, 1,800 years later, great for trail running. 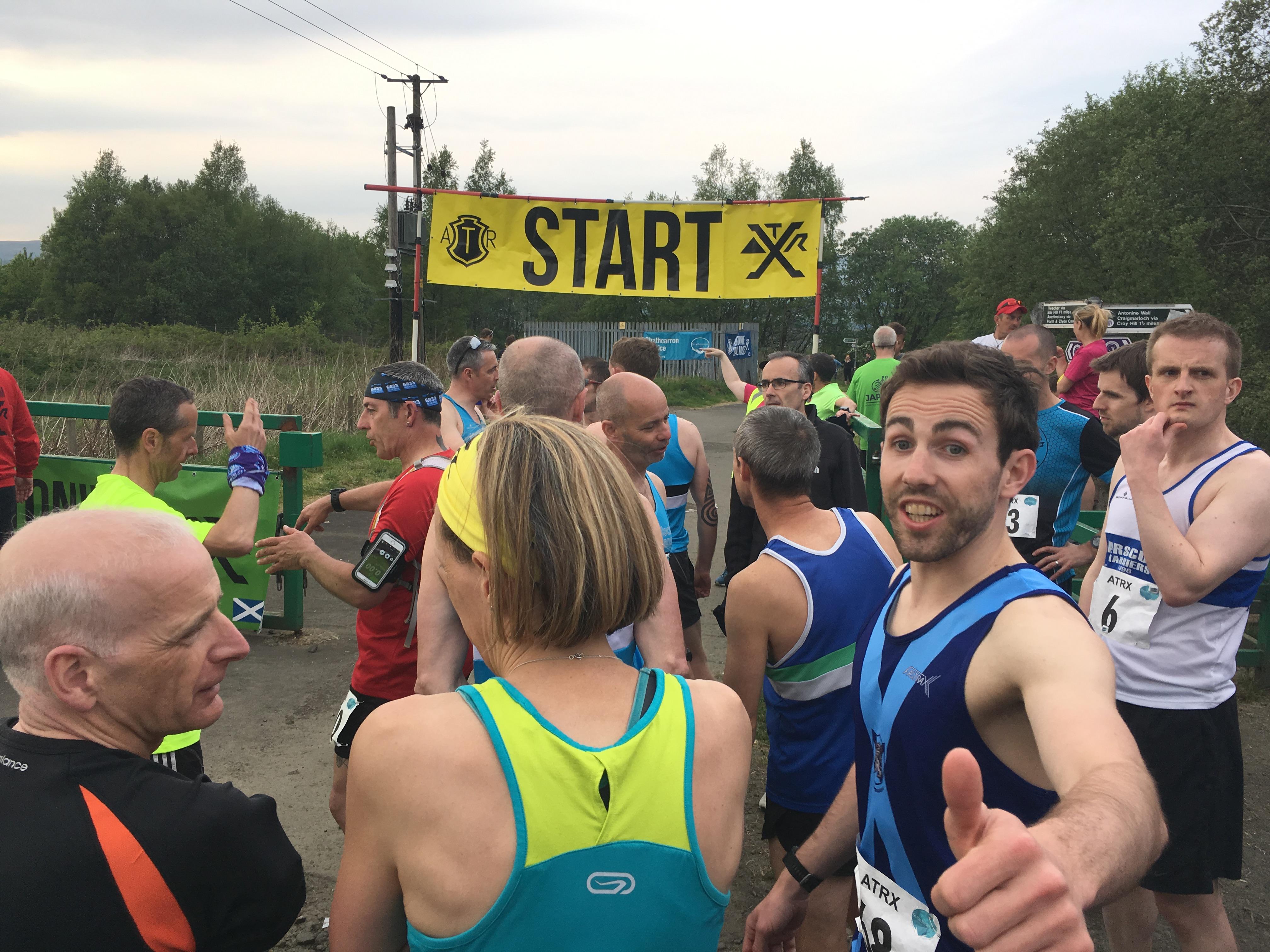 However, there wasn’t too much enjoying of the landscape going on this evening, as the thighs hurt going up the hills, with Croy Hill being the first to be conquered. Once at the top there was the momentary respite from the exertion, time to catch your breath, to thank the marshals (with Bella Harriers being represented by Katy and Robbie) and to try to stretch out the legs on the flat, ready for the downhills.

The Antonine Wall was only manned for approximately 20 years, between 142AD and 160AD, when the Romans then abandoned it for reasons unknown. Perhaps they tired of the climbs, or the Syrian archers who were garrisoned on Bar Hill, the second of tonight’s hills to be run up, or tired of the Scottish weather. This evening’s gallant troops, all 140 runners who finished, were blessed by a calm, cloudy, warm evening, however. 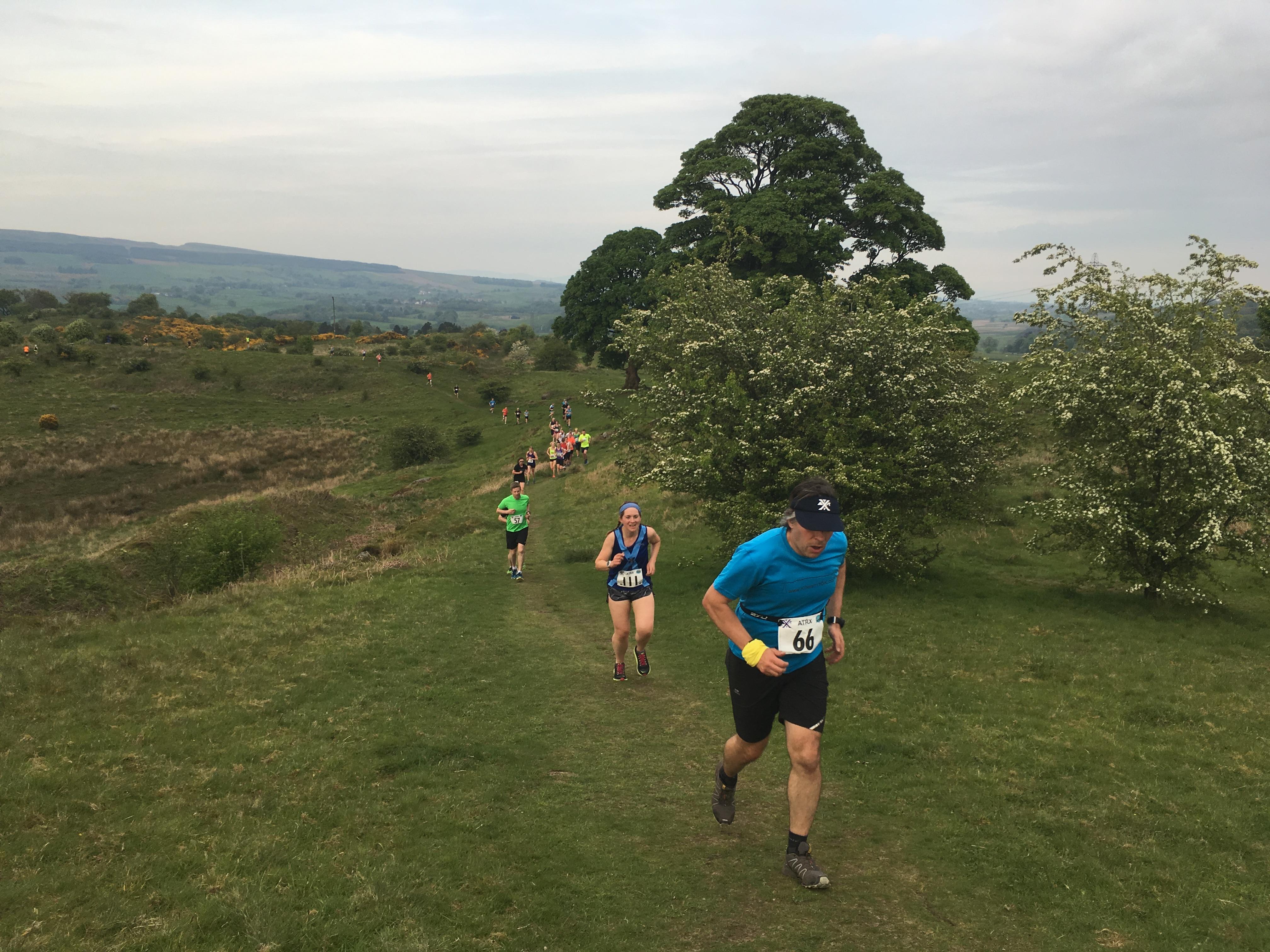 At the approximate half way point the run’s trail descended through Creeceywood forest, a welcome downhill, dry earth underfoot, and long enough that the runners could take in the bluebells carpeting the woodland, and hear the birdsong encouraging you on.

The downhills carried on to Auchinstarry, with a final sharp turn, and then an even sharper uphill, taking the runners back up one last ascent towards the finish and from where you started - approximately 300 metres of climbing achieved in the 10km. A challenging but enjoyable run through great landscape, once again reminding us of the beauty on our own doorstep, and also, although there was no time to read the information boards we ran passed, reminding us of our own history, how Scotland was once important in the Roman Empire, and of our fellow Europeans who manned and probably marched and ran up these very same hills, marvelling at the very same views.

Chris was first Bella Harrier home, in 5th place overall in a great time of 43:01, followed by Rudi who, although he had hurt his ankle, continued on and came home in 50:01, ahead of myself in 52:06, and Becky crossing the line as 5th female home in 52:46. The race had been won by Michael Healy in 39:16, and first female was Hilary Robinson in 50:09. Centurions all.

Julius Caesar was the first Roman Emperor to set foot in Britain, but he didn't make it as far as Glasgow. If he had, and had he run the ATRX trail race, he’d have been glad to see bottles of Caesar Augustus beer, named after his successor, being given as prizes, alongside the decorated stones taken from the landscape given as medals in this environmentally friendly race.

“Veni, vidi, vici” Caesar spoke as he left Britain, or for tonight’s runners when they crossed the finished line, “I came, I saw, I conquered.” 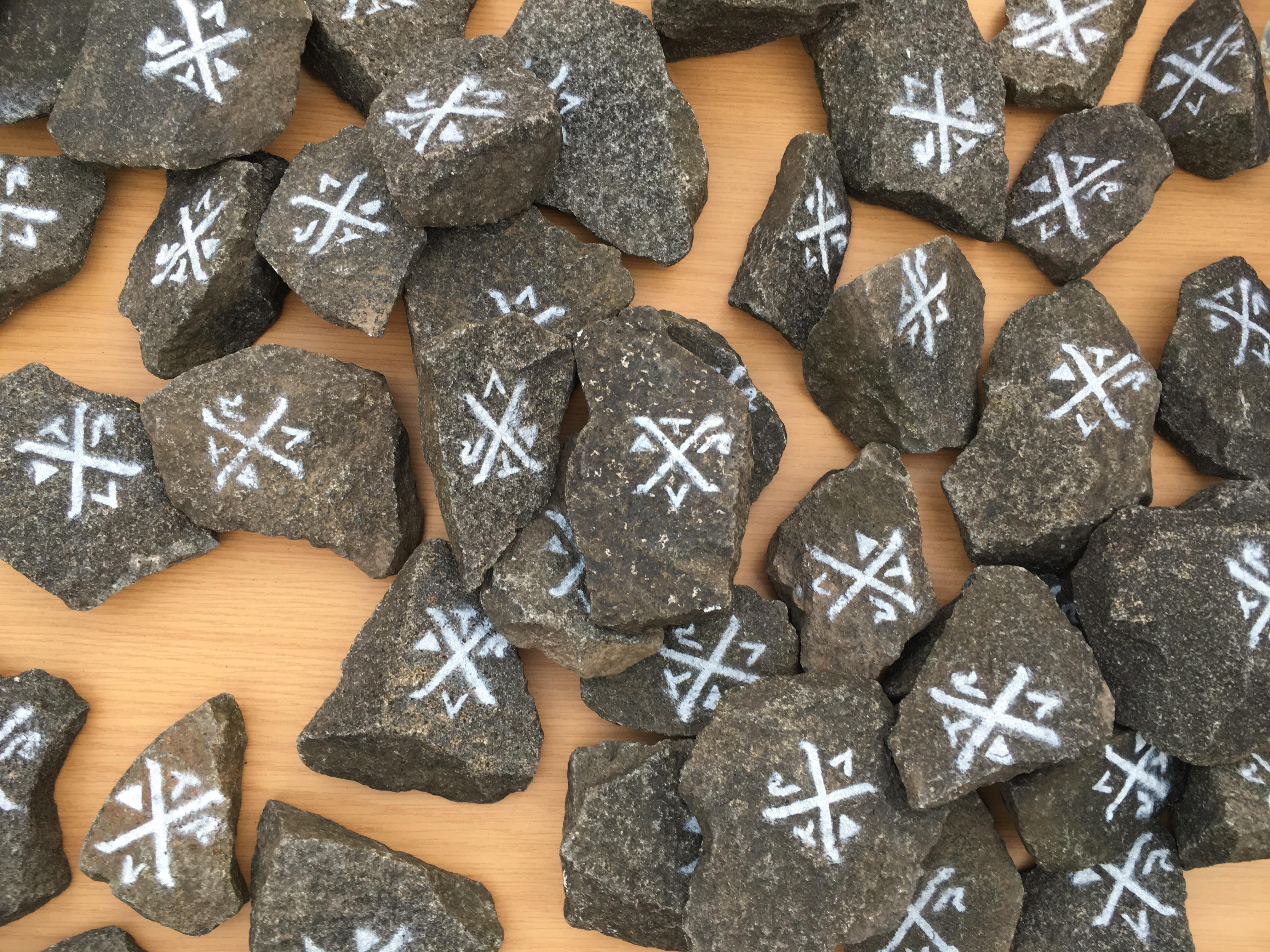